It’s probably best to just go ahead and get perceptions out of the way so you know exactly where you stand with me. I don’t like you. I’ve never liked you and I probably will never like you. Most importantly, right now, I don’t respect you.

What little respect I may have had for you in the beginning was basic, human respect that I would extend to anyone. You lost that with the distasteful, hateful things you spewed during the past 12 months while on the campaign trail. I, sir, am quite displeased with your behavior.

Mr. Trump, you are now the president-elect. I was raised to believe that the president of my country should be respected regardless of my personal feelings towards that individual. I’ll be honest with you, I’m not there yet and I’m not sure I’ll be ready come January 20, 2017 either. I will, however, give you a chance to earn my respect back. It’s fair to say, though, that you have your work cut out for you.

As a therapist and an educator, I believe it is of the utmost importance that the students with whom I work know exactly what their therapy targets are. If they don’t know what’s expected of them, then how can I expect them perform at the level I wish them to? The same is to be said of the duties of an employee. Holding the highest office of public service, you are now my representative to the world. You work for me and the other 350 million citizens of this country. As one of your “employers,” I feel that you should be made aware of what I expect of you.  If I don't inform you of my expectations, then how can I expect you rise to them?

So, without further ado, here's what I expect from you, Mr. Trump:

I expect you to view and treat all of us as your equals and when I say all I mean ALL. We live in a nation where all are believed to be created equal. That includes women, those with disabilities, members of the LGBT community, minorities, those with different skin tones, and those with differing religious views.

I expect you to stop making fun of the disabled. My life’s work revolves around helping children overcome communication delays and disorders. Making fun of ANYONE absolutely infuriates me, but making fun of someone for something that they cannot help… Man, that’s low. You should thank your lucky stars that you were born of able body and mind and that your children were as well. The disabled are not beneath you, Mr. Trump.

I expect you to stop being a womanizing, misogynist schmuck. We woman are more than just sexual playthings for members of the good ol’ boy club. We are more than pretty faces for you to gaze at, pieces of ass for you to try to bed, and we are more than genitals for you to try and fondle. And by the way, your self admitted behavior of grabbing women’s genitals without their consent - that makes you a sexual assailant and sex offender in my book. You claim to respect women, but there are numerous sound bytes and YouTube videos available to contradict you. Get your act together.

I expect you to stop marginalizing and stereotyping people of other races, cultures, and sexual orientation. Just as all Mexicans are not rapists and robbers, nor are all Muslims terrorists. That’s like saying that all white men are members of the KKK, which simply isn’t the case.

I expect you to act better than you have on the campaign trail.  Act like you have some manners.

I expect you to act with basic human kindness.

I expect you to act in a mature manner.

I expect you to rise to the gravity of this office and to the situations you are going to face.

Mr. Trump, your rhetoric has exposed a dark side of America that has long been living in the shadows. Now that it’s out in the open, I expect you to be a leader and do what’s necessary to eradicate it. In order to make America great again, we need to be united and right now we are not. I expect you to do what’s necessary to unite us. We the People are divided, exhausted, and weary about the future.  As our leader, I expect  you to lead.

I know this is a tall order and that you may be feeling a bit overwhelmed right now. I will not blow the proverbial smoke up your butt and say that this will be an easy task, for it will not. Honestly, I’m not sure if you are up for it.

I expect you to prove me wrong. 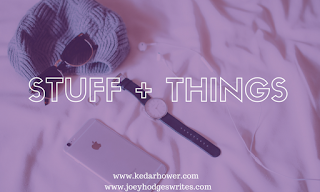