48 Hours in Chicago (An Overdue Recap) 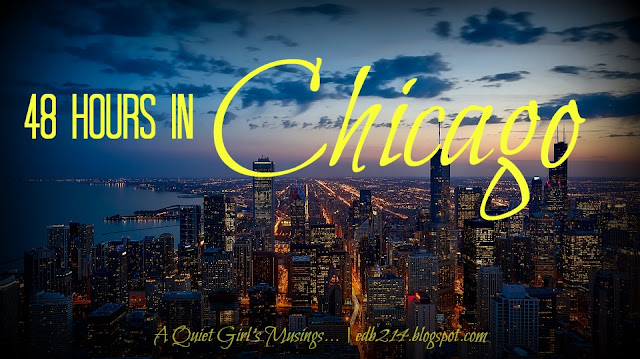 The week before Christmas, R and I spent a fabulous 48 hours in Chicago - just the two of us.  It was probably one of the best Christmas gifts we could have received - a break away from the routines and responsibilities of our daily lives and a much needed chance to reconnect.

Chicago is about 300 miles from us, so it's an easy weekend destination.  In fact, I think this trip to the windy city might have been our sixth or seventh trip there since we've been married.

We arrived on Wednesday afternoon, parked the car in a parking structure, and walked the three or four blocks to the Intercontinental on Michigan Avenue.

That evening, we ate dinner at the Grand Lux Cafe.  It's been several years since we've been there and, much to my dismay, their menu had changed substantially and my favorite dish (Jamaican jerk pork) was no longer on the menu.  As of this writing, I cannot for the life of me remember what I had that evening...  I can tell you that the creme brûlée was absolutely delicious, though, and we had a nice view. 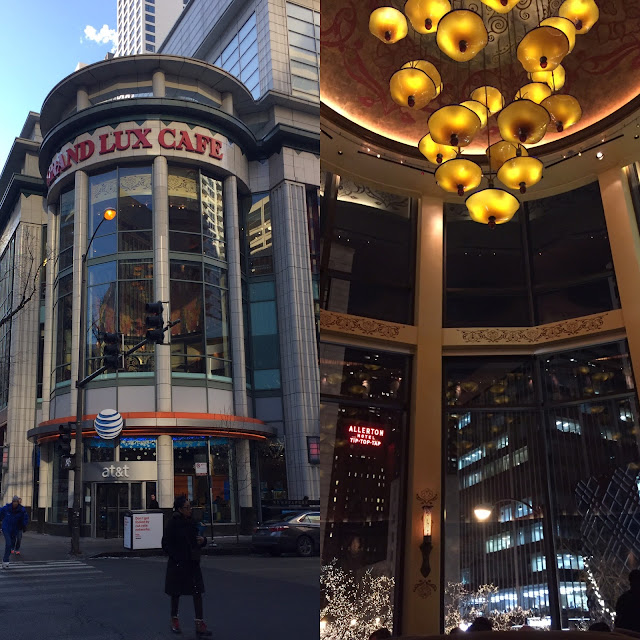 Thursday morning, we ate breakfast at Yolk.  Yolk is a chain restaurant with several locations throughout the Chicagoland area, as well as in Indianapolis and the Dallas-Ft. Worth vicinity.  Yolk has one of the most interesting and substantial breakfast/brunch menus I've ever seen.  I had been extremely diligent in the weeks leading up to the trip and had passed on many Christmas goodies so I could have whatever I wanted while in Chicago.  I'm so glad I did.  I indulged in a fabulous Red Velvet French Toast that was absolutely to die for. 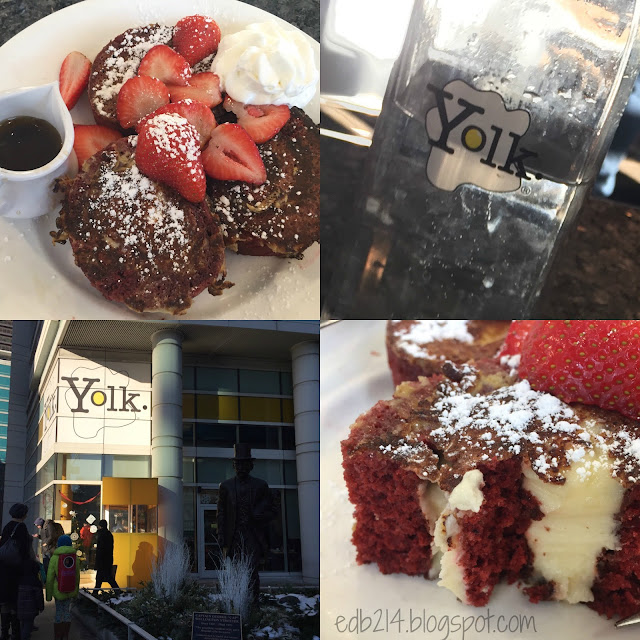 The reason for this entire trip was to see the musical, Hamilton.  (I lucked up and was able to get these tickets the day they went on sale in June!)  After some window shopping on Michigan Avenue, we hopped on the Red Line down into The Loop and caught Hamilton's Thursday matinee.  I'm not much of a fan of sung-through musicals, but I absolutely loved Hamilton.  I highly recommend it. 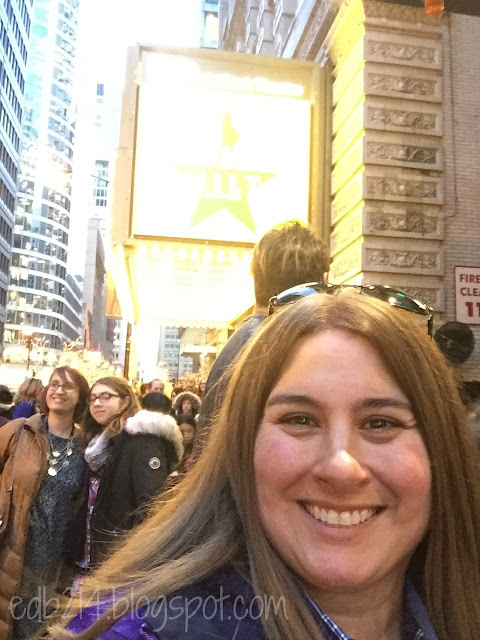 After Hamilton, we made our way over to Millennium  Park to visit one of my favorite things in Chicago, the Cloud Gate sculpture (aka "The Bean").  I absolutely love The Bean; I love looking at all the different reflections of the visitors and the city skyline in its polished stainless steel exterior. 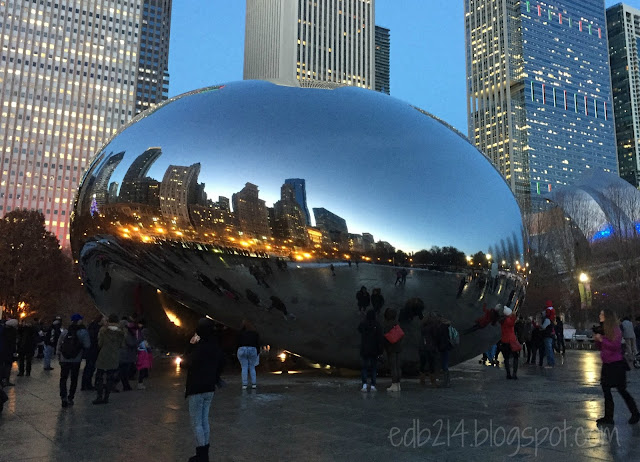 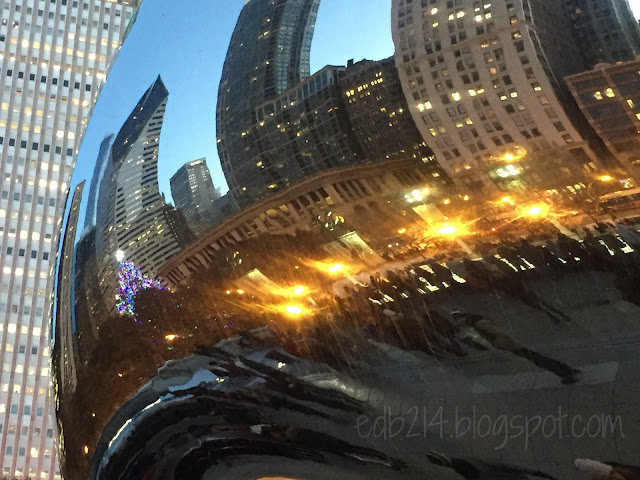 Anytime I'm in the Chicago area, a stop at Giordano's is in order.  It is, without argument, my favorite Chicago style pizza.  As always, Giordano's did not disappoint with it's flaky, buttery crust and cheesy goodness! 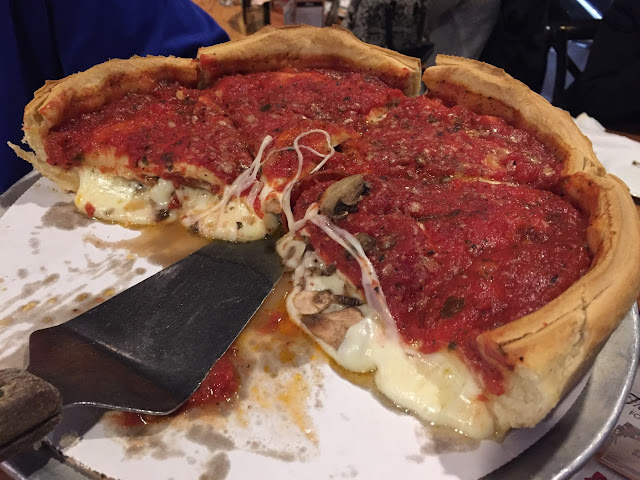 The evening consisted of a walk back over Millennium Park where we watched ice skaters, saw a Santa on a Christmas bus, and watched a zamboni in action resurfacing the ice.  Later, we made our way to the Oriental Theatre to see The Curious Incident of the Dog in the Nighttime.  This was the first time we've ever attempted to see two shows in the same day.  We ended up leaving at intermission because we were tired and, due to the more abstract nature of how the play was presented, which was very intriguing, we did not enjoy it as much as we thought we would. 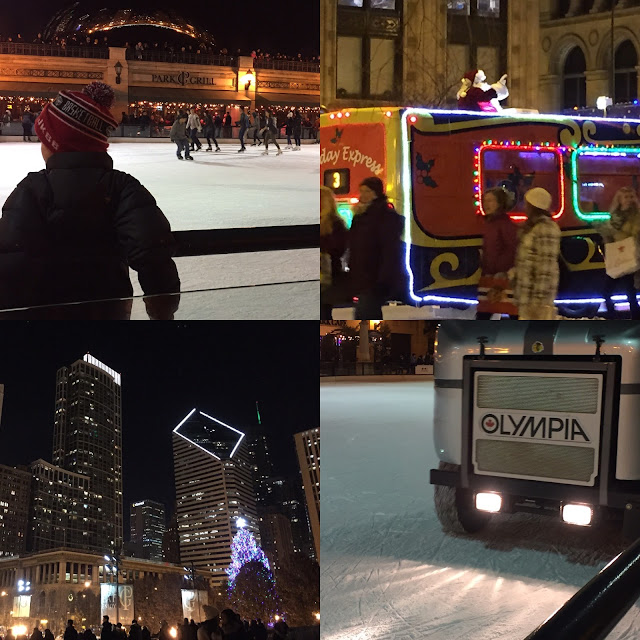 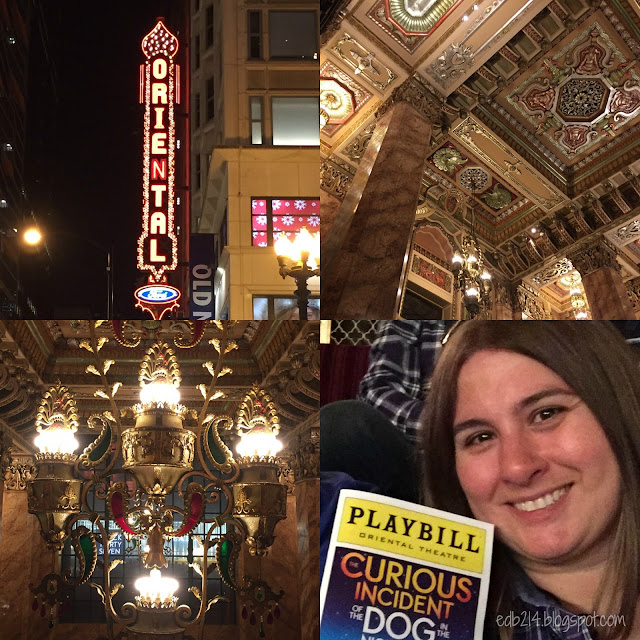 Friday  morning, we found ourselves back at Yolk, because, yes, it was that good!  I resisted the urge to get the sinful Red Velvet French Toast again and went with the All-Star Combo which was quite tasty in its own right. 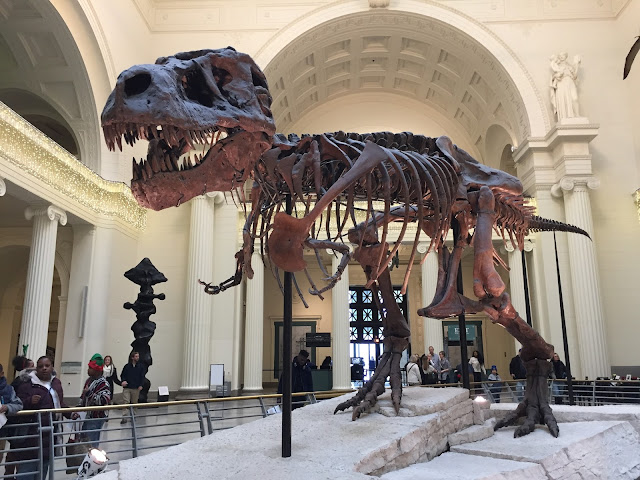 The Field Museum is also notable for the featured exhibits it hosts throughout the year, one of which was the primary reason for our visit - the Terra Cotta Warriors display which was there until January 8. 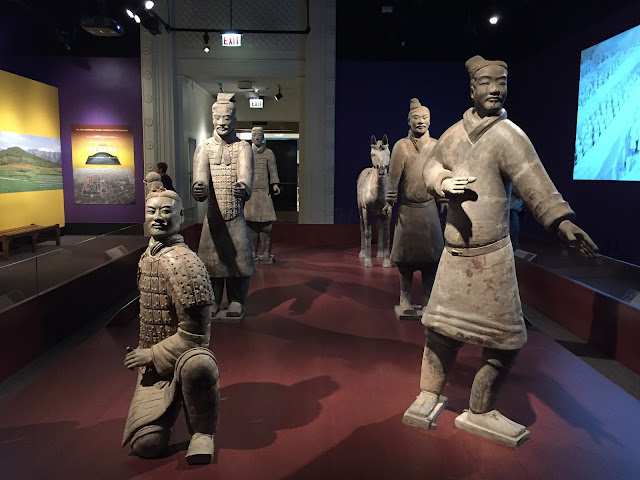 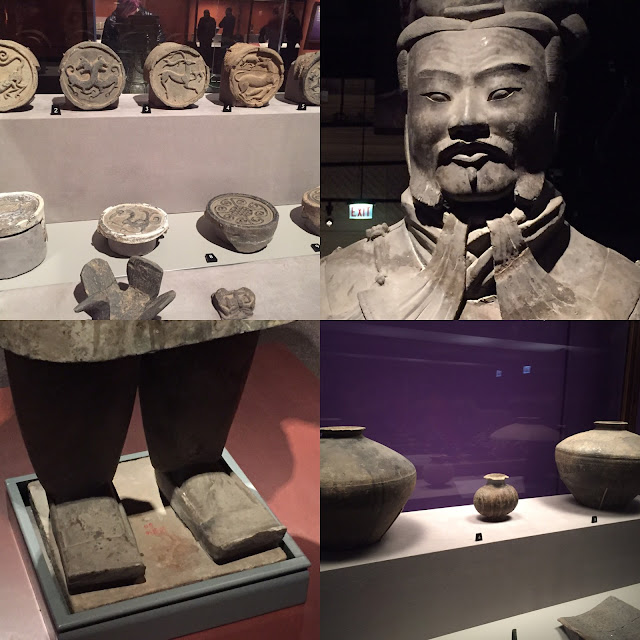 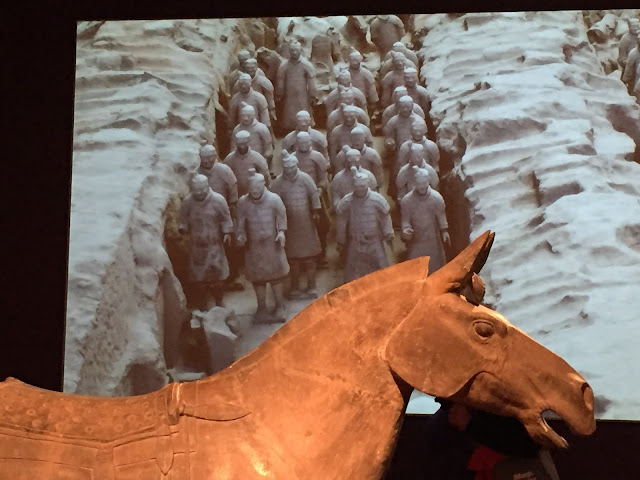 Although I expected something larger in size, for there to be more statues than there were, the traveling display was very interesting and allowed me to cross off a bucket list item.  I've always wanted to see the Terra Cotta Warriors in China. At this stage of my life, I'm not sure if I'll ever get to China, so I needed to make sure I saw them, especially since they were so close.

By 1:00pm, we were leaving the windy city, making our way back to the bluegrass of Kentucky.

Ever been to Chicago?  What's one of your favorite things to do there?  If you haven't visited the windy city, what's something you'd like to see?

As always, thanks for stopping by and have a wonderful Wednesday! 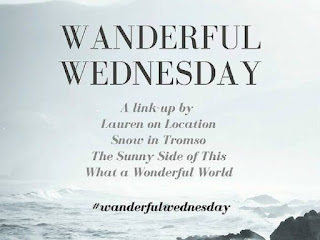 Disclaimer:  Given the numerous times R and I have been to Chicago, on this trip we didn't do many of the things that Chicago is known for - the Willis Tower, the Adler Planetarium, the Shedd Aquarium,  or the Museum of Science and Industry.  I would highly recommend visiting all of these as well as watching the Cubs play at Wrigley Field, seeing the Blue Man Group perform, taking an architecture river cruise, and watching the local plumbers union turn the Chicago River a vivid shade of shamrock green on St. Patrick's Day.
Posted by Ericka @ A Quiet Girl's Musings... at 3:08:00 AM