Blog All About It - Five Ways to Beat the Winter Funk

I guess this happens to all bloggers at some point, you kind of run out of things to say or go through spells where you simply lack inspiration.   Although I've not been blogging that long, I've felt this way as of late.

Earlier this month, I accidentally stumbled upon this blogging prompt challenge hosted by Herding Cats & Burning Soup and decided to give it a go.  Hopefully it will inspire me to write more, something I've discovered is very cathartic for me, and hopefully it will also inject some new energy into my blog.  The premise is simple - a monthly prompt is given, the prompt may be interpreted however the writer chooses, and the blogger blogs about it.  Voila!

The first prompt in the Blog All About It Challenge is WINTER.  So, here we go... 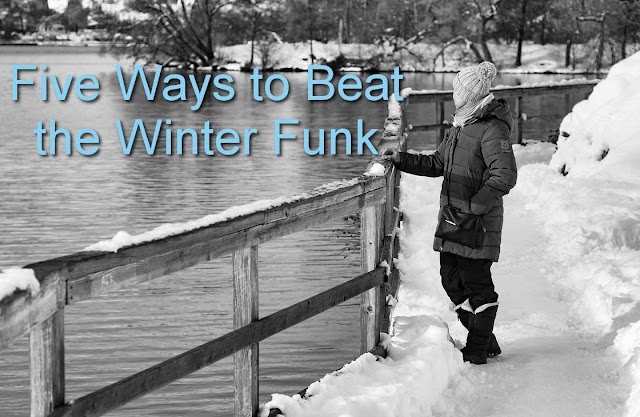 Winter.  My least favorite of all the seasons.  It rolls in a few days before Christmas when everything is decorated and bright, when peace and good cheer are abundant and it's drab, dreary, bleakness is temporarily disguised.  But, once all the presents are opened, the tree is taken down, and Auld Lang Syne has been sung, winter shows its true nature.  For me, the winter funk sets up camp in the first few weeks of January and stays with me like a houseguest who has overstayed his/her welcome until early March.

I've been dealing with this funk, which is officially known as Seasonal Affective Disorder, for about four years now; it started right around the time I turned the big 4-0.  That first winter was tough, for I didn't realize what was going on until I mentioned my symptoms to my mom and she said  that it sounded like I had SAD.  As it turned out, she was right.

Fortunately, there are many things that can help lessen the severity of Seasonal Affective Disorder and here are the five that has worked the best for me.


1) Get More Natural Light
Unfortunately, I work in a windowless room where I am starved from natural light most of the day.  It's been this way my entire career (18 years).  With the shortened winter days and me spending most of the day inside, I have to maximize my exposure to natural light as much as possible.  So, when I'm home I open up my blinds to let in the natural light.  When I'm in my car, I open my sunroof shade.  And, despite the cold, I try to walk outside as much as possible.

2) Get More Vitamin D
I'm not a milk drinker so I don't get a lot of Vitamin D from my foods.  I starting taking 5000mg of Vitamin D daily after my mom suggested it.  I'll be perfectly honest, I was skeptical and had some major doubts, but I truly do believe that it's helped.  I could tell a difference the first winter and that was before I had incorporated increasing my exposure to nature light and exercising regularly.  It's amazing what a little supplement can do.

3) Schedule a weekend trip
One of the worst things about winter, in my opinion, is that there is rarely anything to look forward to except spring, which, let's face it, seems like a long ways off on days when the temperature struggles to get above freezing.  I find winter particularly boring because I'm cooped up more inside and there seems like there is less to do.  A weekend getaway, even if it's just for one night, gives me something to anticipate and it breaks up the monotony of everyday, winter life.

4) Exercise
Trust me, I know how hard it is to maintain an exercise regime in the winter, but the widely documented benefits,  both physical and mental, are worth it.  Even though it seemed particularly crazy, this past weekend I bundled up and went for a 3 mile, snow and ice covered walk in 21 degree weather.  Not only did I feel better once I finished, but I also felt like I accomplished something which is great for the mind.

5) Declutter Your House
In winter, most people spend more time indoors and I am no except.  Clutter has a sneaky way of weighing you down and if you're spending more time inside surrounded by clutter, it can make the symptoms of Seasonal Affective Disorder worse.  I started saying, "To hell with spring cleaning - I'm winter cleaning!" three or four years ago and I believe there's something very therapeutic and uplifting that comes from the act of decluttering, even if it just in smaller spurts.


Now, I am no expert in Seasonal Affective Disorder, but as a sufferer, these are these things that have worked for me.  If you suffer from SAD, what are some things that help you beat the winter blues? 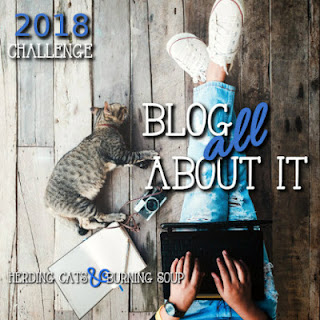 This post will also serve as the main "hub" for all the prompts that I blog about.  Once I have published a post, I will link it back to the corresponding monthly prompt here.